Which U.S. States Are Most Likely to Experience a Sharknado? 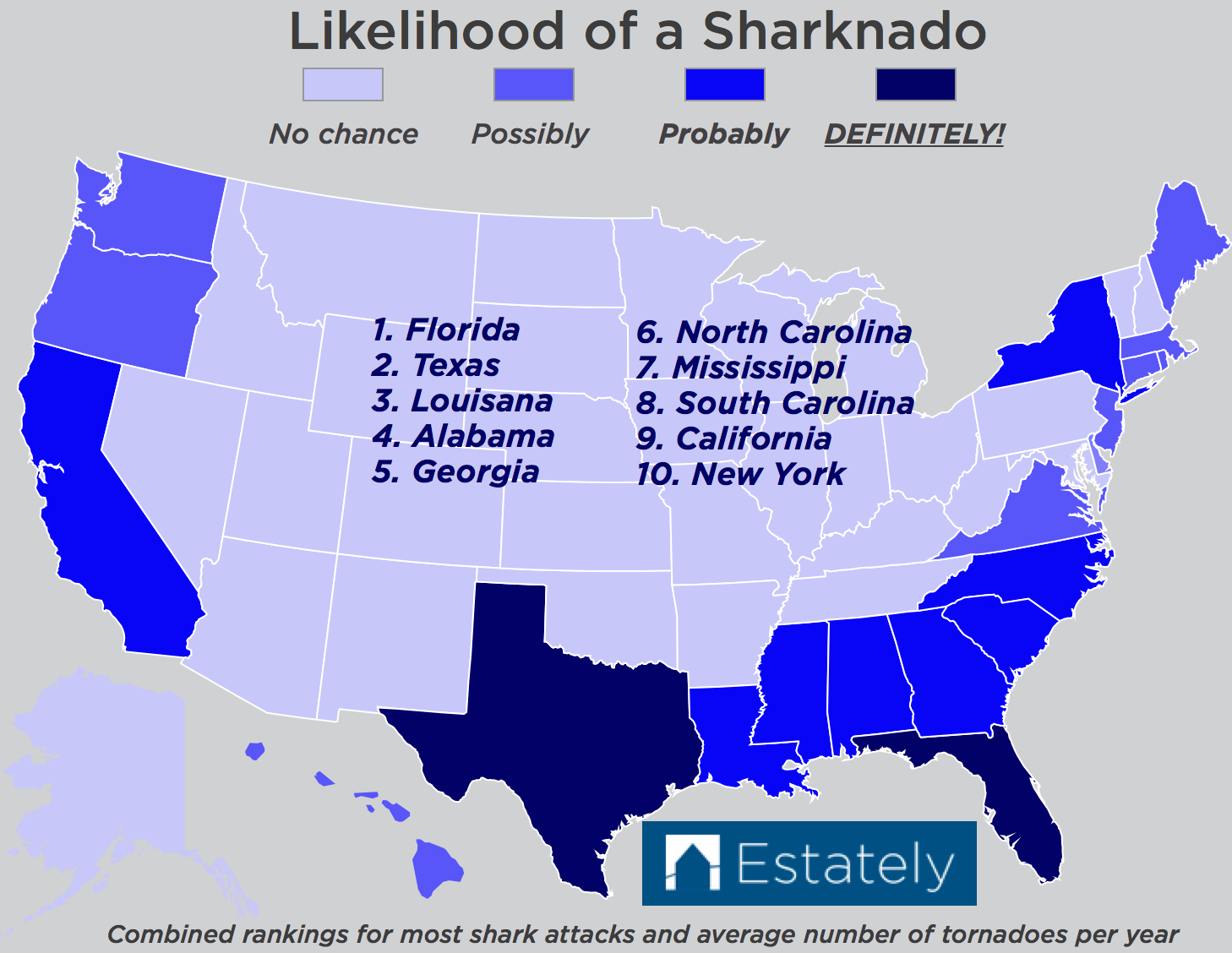 With the release of the much anticipated Sharknado 3: Oh Hell No! America is no doubt wondering about the likelihood of something happening where they live. A film about a freak weather system that scoops up sharks and deposits them all over the Eastern Seaboard via tornado is terrifying, but could it actually happen? Of course, it could. Here at Estately we got all “scientific” and measured the occurrences of shark attacks and frequency of tornadoes in each state to determine which U.S. states are most at risk for a sharknado.

The ten states MOST at risk of a sharknado.

Obviously, Florida came in first place for being in the most danger of flying sharks. While we all knew Florida would take first place it’s still nice to see that assumption validated with hard data.

States without ocean-front property were obviously immune from shark attacks, which makes them immune to Sharknadoes. So if you live in Minnesota or Illinois you will still live in fear of tornadoes, but rest assured they are unlikely to contain man-eating sharks.

Tornadoes occur in every U.S. state except Alaska, but they are far more frequent in the middle of the country. States like Texas and Louisiana must be mindful that area tornadoes could someday litter the front yard with dozens of great white sharks.

So where’s the safest state in America when it comes to the dreaded sharknado? Alaska is. The state has no recorded tornadoes or shark attacks, but it is most at risk should a bearquake occur (earthquake followed by bear attack).

The ten states LEAST at risk of a sharknado.

Looking to move somewhere far away from sharknadoes? Get started looking for a new home with Estately.com an exceptional tool for home buyers searching for their dream home.