Which U.S. States Have The Worst Thanksgivings? 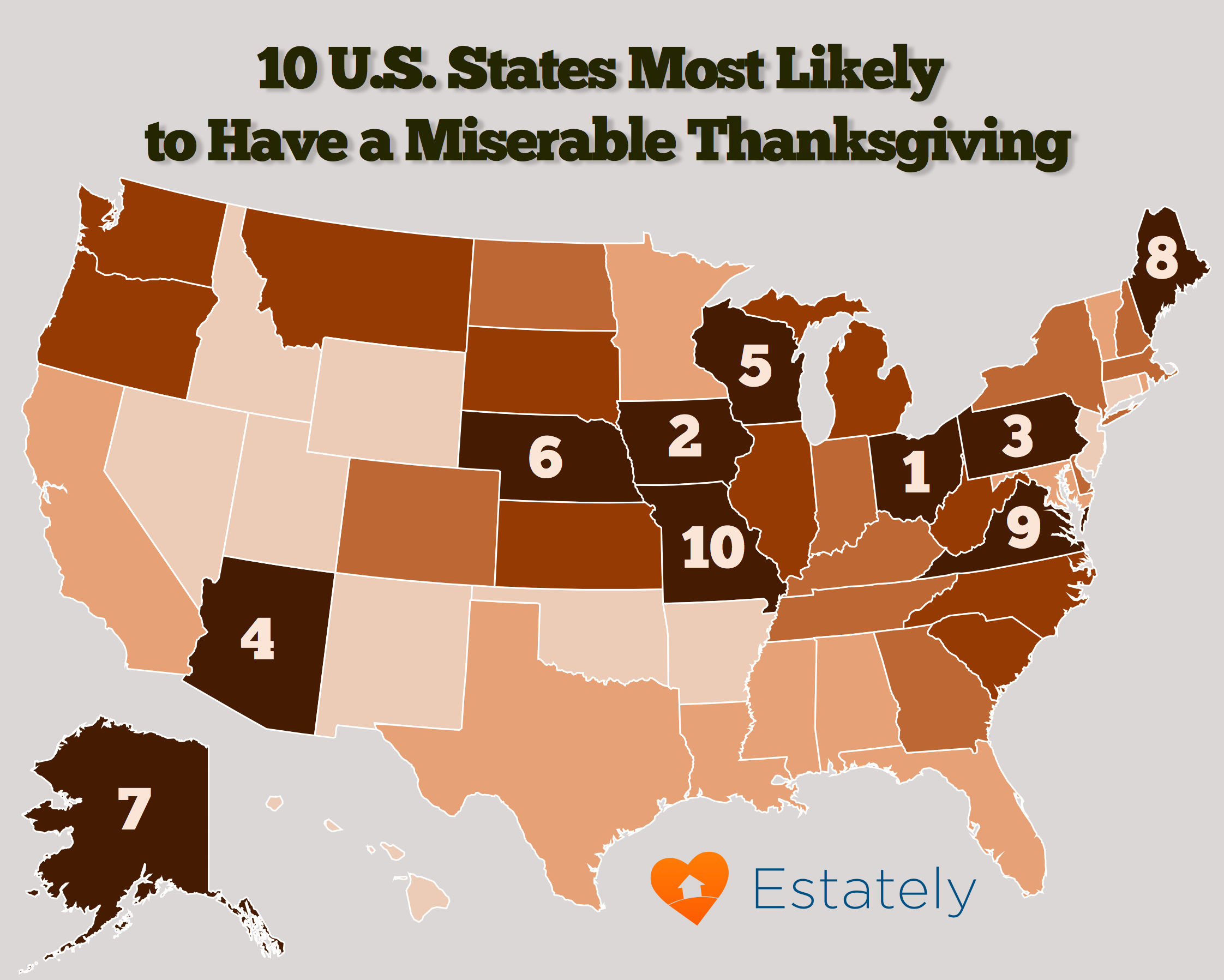 Thanksgiving is the time of year when Americans gather together to give thanks, and also to argue politics, yell at the TV, listen to that drunk uncle slander whole ethnic groups, and fight their neighbors in Wal-Mart parking lots during Black Friday sales. Thanksgiving can be a miserable day, which made Estately wonder if there were states where conditions on the ground increased the likelihood of a terrible Thanksgiving. We crunched the numbers using the six criteria below to determine if the state you live in is prime habitat for a downer of a Thanksgiving. 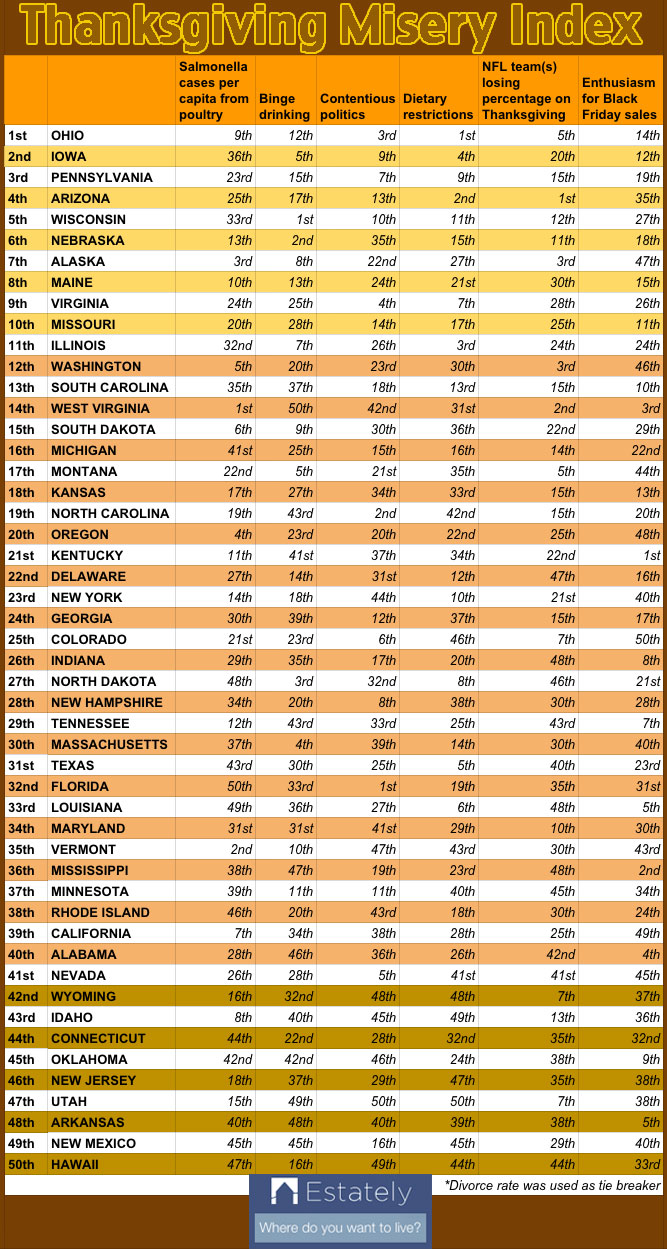 Profiles of the ten most miserable states to spend Thanksgiving

Ohio won the title of The Most Miserable State to Spend Thanksgiving by an overwhelming margin. If any state will feature a simultaneous argument about Benghazi and the ethics of eating meat it will be over a plate of sugar-free pumpkin pie at an Ohio dining room table. Family divisions will only get more heated when the severely inebriated and the guests with food poisoning fight over who gets to use the bathroom first.

Only after agreeing to cook a Tofurkey alongside the actual Turkey, and once arguments over Obama’s real country of birth have died down, and after everyone has another drink, only then can Pennsylvanians give thanks that both the Steelers and Eagles have a legitimate chance to meet in the SuperBowl.

There are only a few things you can count on during an Arizona Thanksgiving—the Arizona Cardinals losing and someone struggling to convince the others that meat-free side dishes and sugar-free desserts taste delicious.

It’s a Nebraska tradition to loosen one’s belt well before dinner to make room for a flask of bourbon just in case you know who goes and drinks all the wine.

Maybe everyone wouldn’t have food poisoning if the turkey had been cooked all the way through, but no, the cooks were too busy basting their livers in white wine and Baileys…

Grandpa’s recent health troubles mean there will be no gravy this year, and absolutely no mention of Hilary Clinton running for president in 2016. Anyone who breaks this rule is not allowed to touch the box wine and will be added to Uncle Grover’s email joke list.

Located on the border of sweet potato pie country and pumpkin pie land, the good people of Virginia will spend a good portion of their dinners debating the merits of Obamacare for treating everybody’s diabetes.

There are cheaper ways to get out of doing dishes on Thanksgiving, but Missourians rushing off to catch the Black Friday sales is somehow the most socially acceptable one.

Need to change where you live? Check out homes for sale across the country on Estately.com