The number of parents opting to start their families in the city has been a rising trend of the last few decades. But choosing which city to call home can be a difficult decision. What makes for a good place to settle down is of course subjective, but at Estately we believe there are a number of objective factors that can help to measure a city’s family friendliness. With this in mind we set out to rank Washington’s 20 most populated cities using ten criteria: 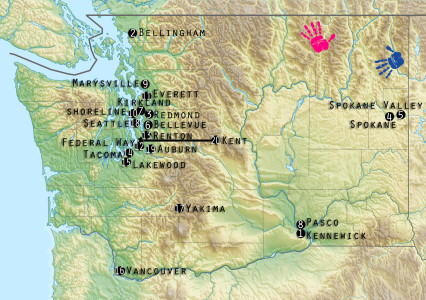