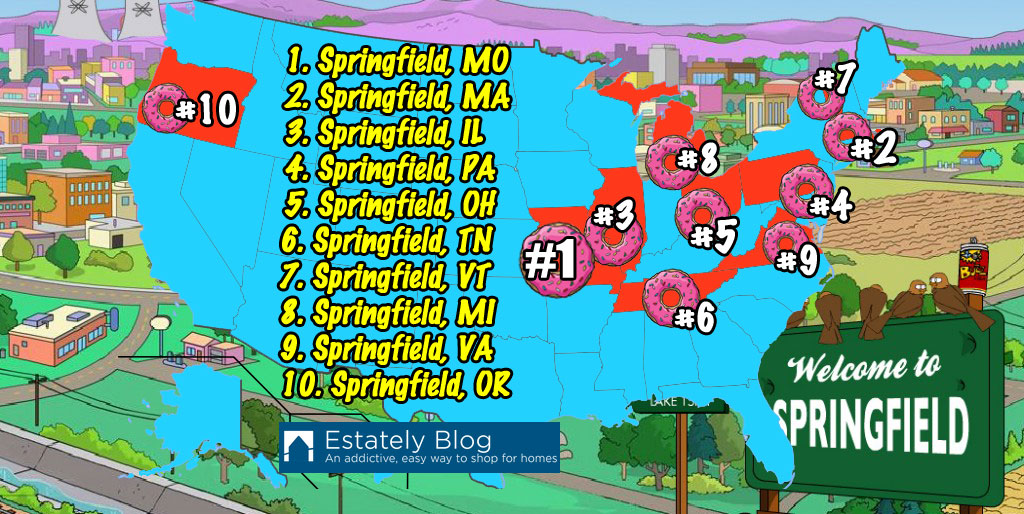 America’s favorite animated TV family “The Simpsons” reside in the fictional city of Springfield. The show’s fans have long debated which of America’s many Springfields is the true one, an argument that continues to this day. Without any hope of solving this, Estately Real Estate Search instead set out to determine which of America’s Springfields “The Simpsons” would feel most at home in. To do this, Estately analyzed 11 different sets of Simpson-specific data to determine which American cities named Springfield are most like the one on the TV show.

In the end, Springfield, Missouri was found to be the most similar to the Springfield on the show, and the least similar was surprisingly Springfield, Oregon. Check out profiles of each city below…

Springfield, Missouri is the most populous of America’s Springfields, and easily won the title of “Most Similar Simpsons City Named Springfield.” The southwestern Missouri city has the most Charles Burns’ in the phone book, the most mini-marts, comic book stores and clowns per capita, and Steve Grant, a local TV news reporter that most resembles Kent Brockman. Also, even though it’s not home to the Springfield Isotopes, the city is the only one on our list with a minor league baseball team—the Springfield Cardinals.

Homer Simpson would be very happy in Springfield, Massachusetts. Not only because it’s ranked highly in most of the eleven criteria, but also because it’s home to 20 Dunkin’ Donuts locations. Mmmh… donuts. 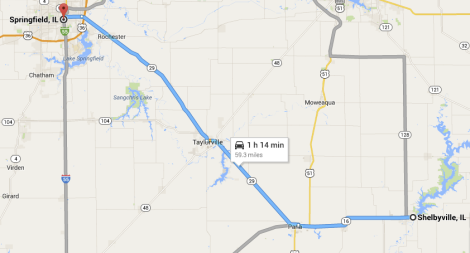 Of all the Springfields, Illinois’ is the closest (59.3 miles) to neighboring a city named Shelbyville, the rival of the Simpson’s home town. On top of that, it has the second most comic book stores and clowns, bars, and is in the state with the highest frequency of Google searches for “Homer Simpson.” Also, it’s apparently home to a Troy McClure. You might remember him from such phone books as the Springfield, Illinois White Pages.

There are more residents per capita with the last name “Simpson” in this city than any other Springfield so the odds are strong that at least one of them is working at the nuclear power plant 35 miles down the road. Even better, it’s home to Moe’s Grille, which offers “$1 Duff mugs from 5-7pm. Regrettably, there is no “Flaming Moe’s” on the cocktail menu.

Update 6/12/2014 — It was brought to our attention after this article was published that Springfield, Pennsylvania is home to a man named Robert Harding, who is not only a dead ringer for Ned Flanders, but also allegedly the quintessential good hidy-ho neighbor. Had we known of him these standings might have turned out differently. 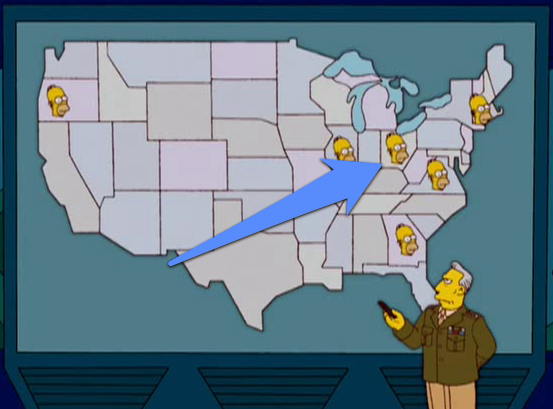 Thanks to an abundance of residents sharing names with characters on “The Simpsons”, the odds of electing a Mayor Quimby or receiving detention from a Principal Skinner are considerably higher in Springfield, Ohio. You might even meet your own Barney Gumble at one of Springfield’s many bars per capita. 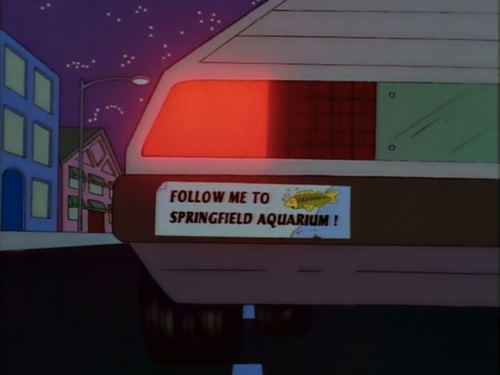 There’s a Shelbyville down the road about 83 miles, local schools still reserve the right to paddle students, and it’s home to the fourth most mini-marts per capita. Good luck bumping into any Krusty the Clown types though. The city has zero clowns listed in the National Clown Directory. 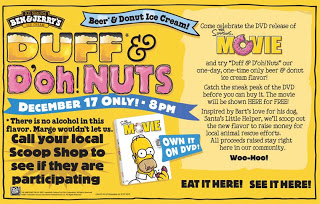 Vermont’s Springfield hosted the premier of The Simpson’s Movie, which was accompanied by the limited release Ben & Jerry’s “Duff ‘n D’Oh-Nuts,” a stout-flavored ice cream with chocolate and chocolate-glazed donuts. The city is tops for donut shops per capita and it’s located just 44 miles from a nuclear power plant. Maybe if the town started celebrating Whacking Day it could move up a few spots on the list?

For a small city, bars and mini-marts are plentiful (per capita), and it seems like a good spot for a Krusty Burger to open up shop. 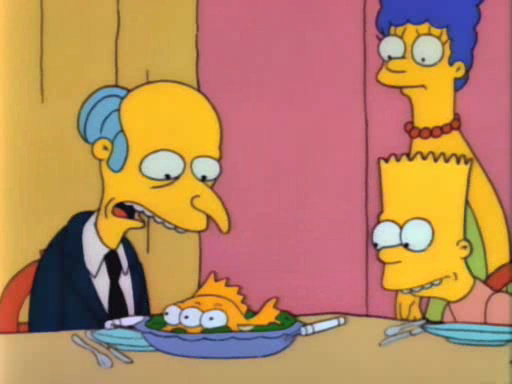 With an abundance of donuts per capita (2nd place) and a nuclear power plant just down the road, Springfield, Virginia bares a strong resemblance to the TV Springfield. Also, it’s close the heavily polluted Potomac River, which is ideal habitat for Blinky, the three eyed fish.

Estately is a national online real estate search site whose articles have been featured in the The Wall Street Journal, CNET, NPR, Houston Chronicle, NBC News, GeekWire, and more.