The Geography of Justin Bieber Fever

Families have a lot to consider when shopping for a home:  quality of schools, proximity to work, crime rate, and obviously the severity of Bieber Fever in the area. Basically, what are the odds a member of your family will fall under the spell of this generation’s most despicable pop culture monster—Justin Bieber?

Because the Center for Disease Control is busy with other things, we at Estately have researched this modern musical menace by measuring the percentage of Justin Bieber fans in each U.S. State and Canadian Province. We determined this by collecting Facebook user data showing which state had the most users per capita that listed the Canadian pop star as an interest. The results were deeply troubling. Here are some key findings…

Results for all U.S. states ranked from most Bieber fans to least 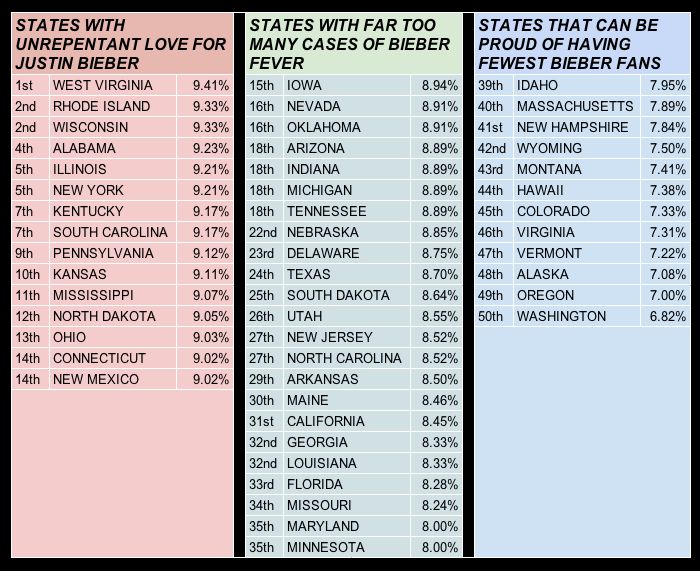 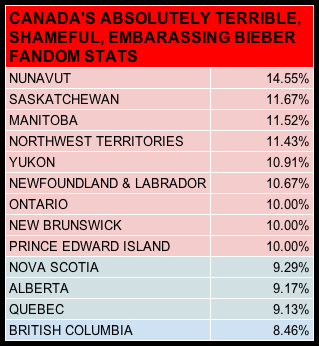