The 12 Memes of Moving Day

Moving is fraught with peril, not only for those willing to carry the heavy stuff, but also those who make up excuses to get out of helping. Let these memes serve as a cautionary tale to all…

Good Guy Greg:  When everyone else bails on you, this guy and his pickup truck are ready to help. Rarer than a Himalayan snow leopard, anyone with this helpful friend should do their best to keep him around. 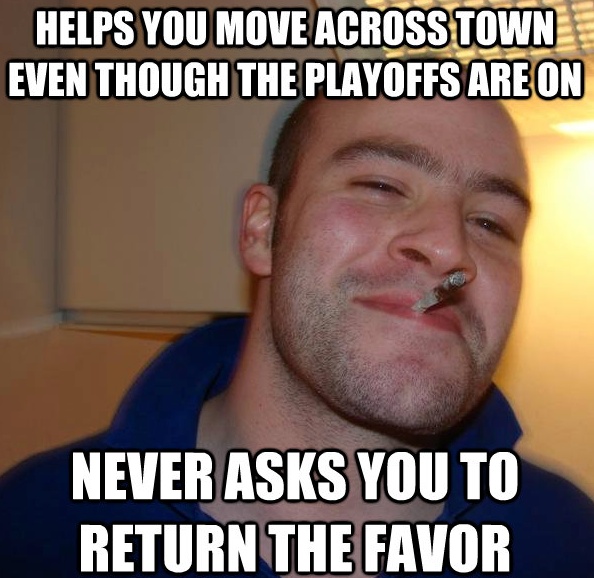 Overly Attached Girlfriend:  Everyone knows someone in their life who needed a place to crash for a few days, and by “a few days” they meant until you threw them out and changed the locks. 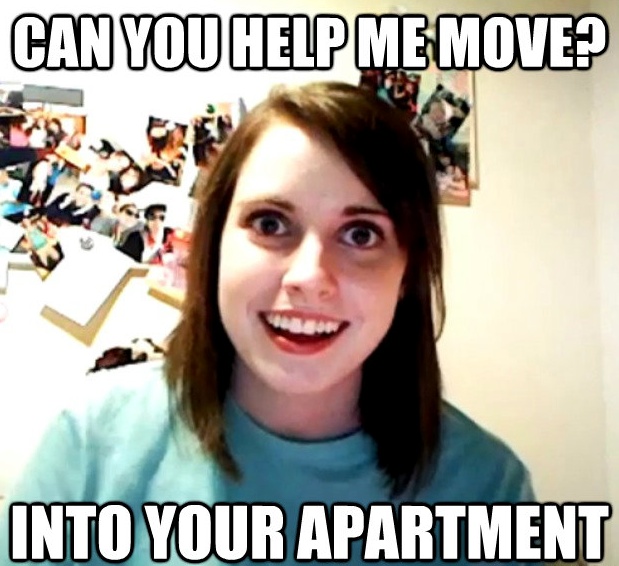 PTSD Clarinet Boy:  The guy who ask for the biggest favor and then criticizes everyone who helps him the entire time. Ungrateful, insulting and definitely deserving of having his box of ceramic Star Wars figurines dropped down the stairs. But wow, he sure does have a temper.

Lazy College Senior:  He’ll ask you for lecture notes, beer money and your ex-girlfriend’s phone number, but no chance he’ll help you move your stuff across town. 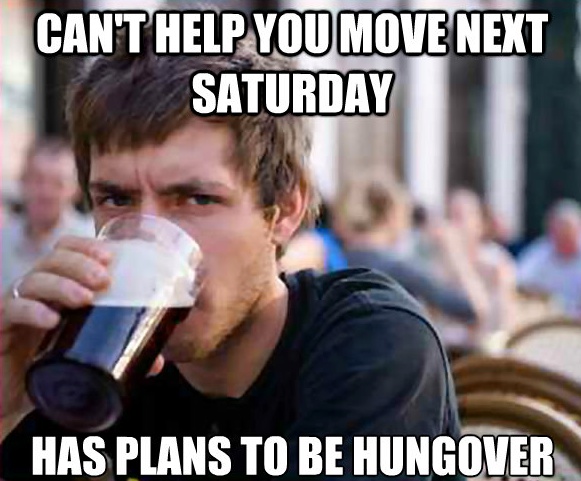 The Most Interesting Man In The World:  Sure, some friends will help, but in the end they’ll bring it up so many times and use it as leverage against you for the rest of your life. Don’t bother calling this guy. Pissed Old Guy:  Moving across country once mean piling into a covered wagon, traveling for months and eventually dying of dysentery along the way. Dating Site Murderer:  That creepy guy across the street may offer to help you, but it’s probably better to stick with people you know, or a professional mover. 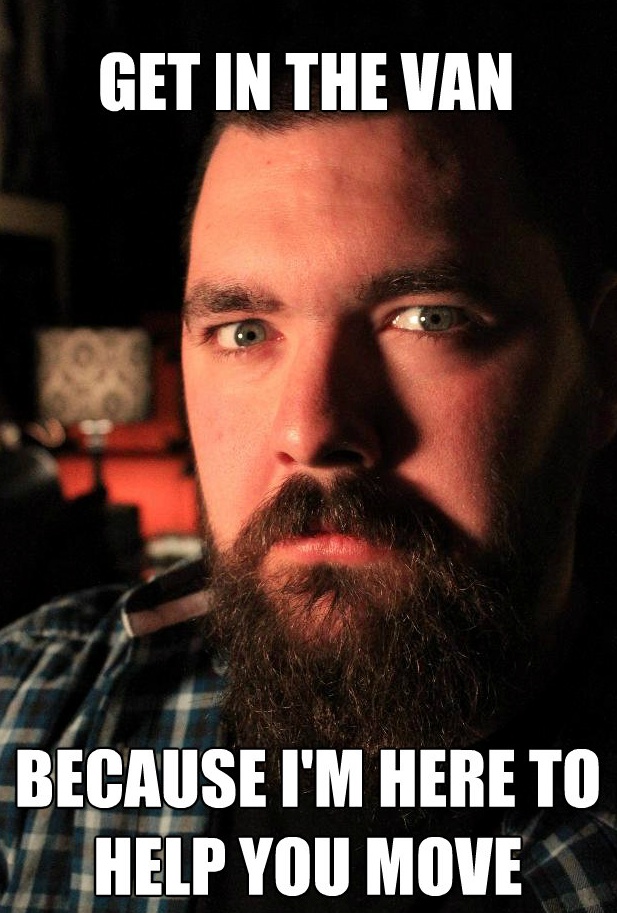 Success Kid:  Barring unforeseen circumstances, the favor of helping with a move is always returned in kind. Bad Luck Brian: Sometimes the dangers of carrying couches up narrow circumstances are enough to make you bring professional movers to handle the heavy stuff for you. 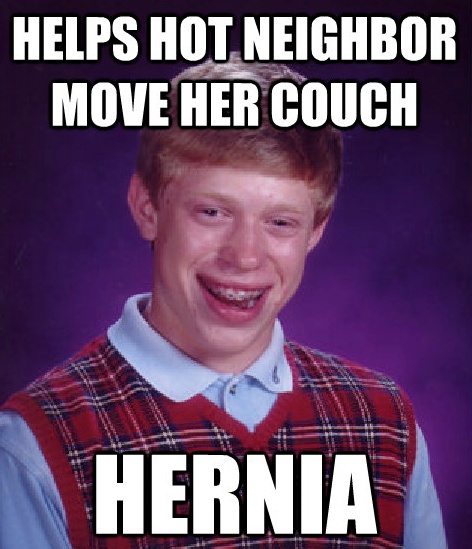 Slappin Batman: Timing your move is critical. Nobody likes the person who times their move for Super Bowl Sunday or during a three-day weekend. The best way to become a Scumbag Steve is to not provide your helpers with food and drinks. Pizza and beer are absolutely required. 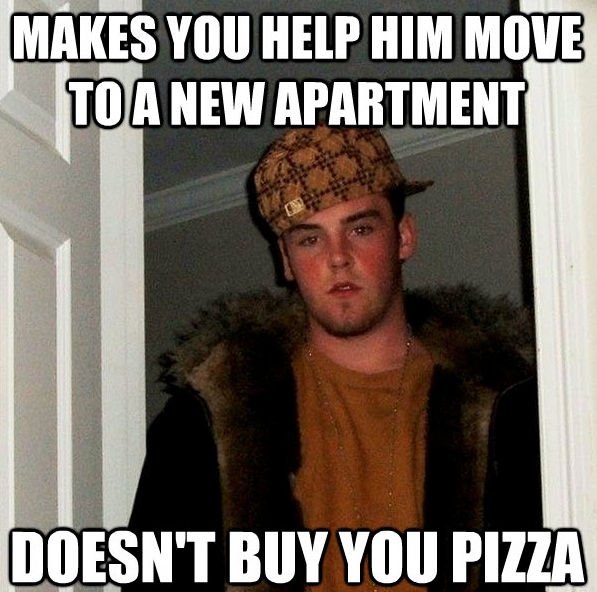 Be gentle when turning down unstable friends like Karate Kyle. His vengeance is swift. 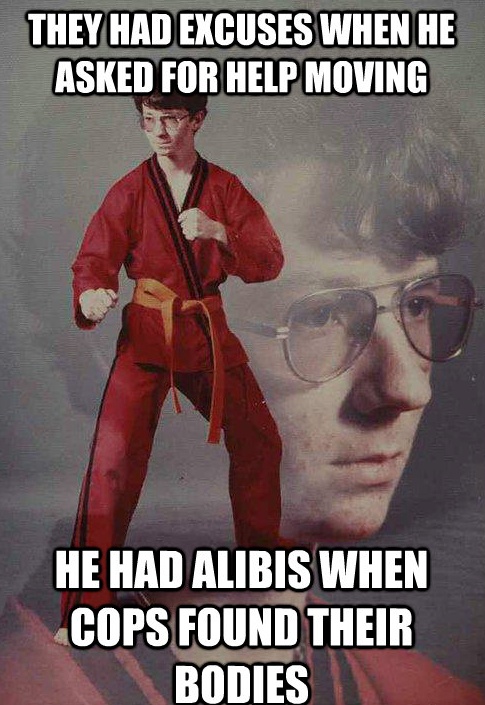 Matrix Morpheus:  If you are going to shirk your responsibility to help someone move then you’re going to need some believable excuses.